M and I went to the K-State basketball game on December 20, 2014 at the Sprint Center downtown. Nana and Papa offered to watch E and the dog overnight so we decided to make it a little holiday staycation and got a hotel room on the Plaza.

We had a great time until we swung by the house the next morning before heading to Independence for a Christmas celebration. We arrived to a bashed in front door. We immediately expected the worst but by some miracle nothing inside had been touched. After some talks with the neighbors and police we discovered that the incident was due to some drunken man at the wrong house. He apparently thought someone was locking him out and was pretty determined to get in. Weirdly though, he never actually came in the house. We have since been in contact with the guy and he has been very remorseful and has paid for the damages.

It is by some divine intervention that no one was home that night. Who knows how that night would have played out. A huge thank you to my Dad and brother who came right over when they found out. While I cleaned up glass, the three boys went right to work finding and installing a new (stronger) door. 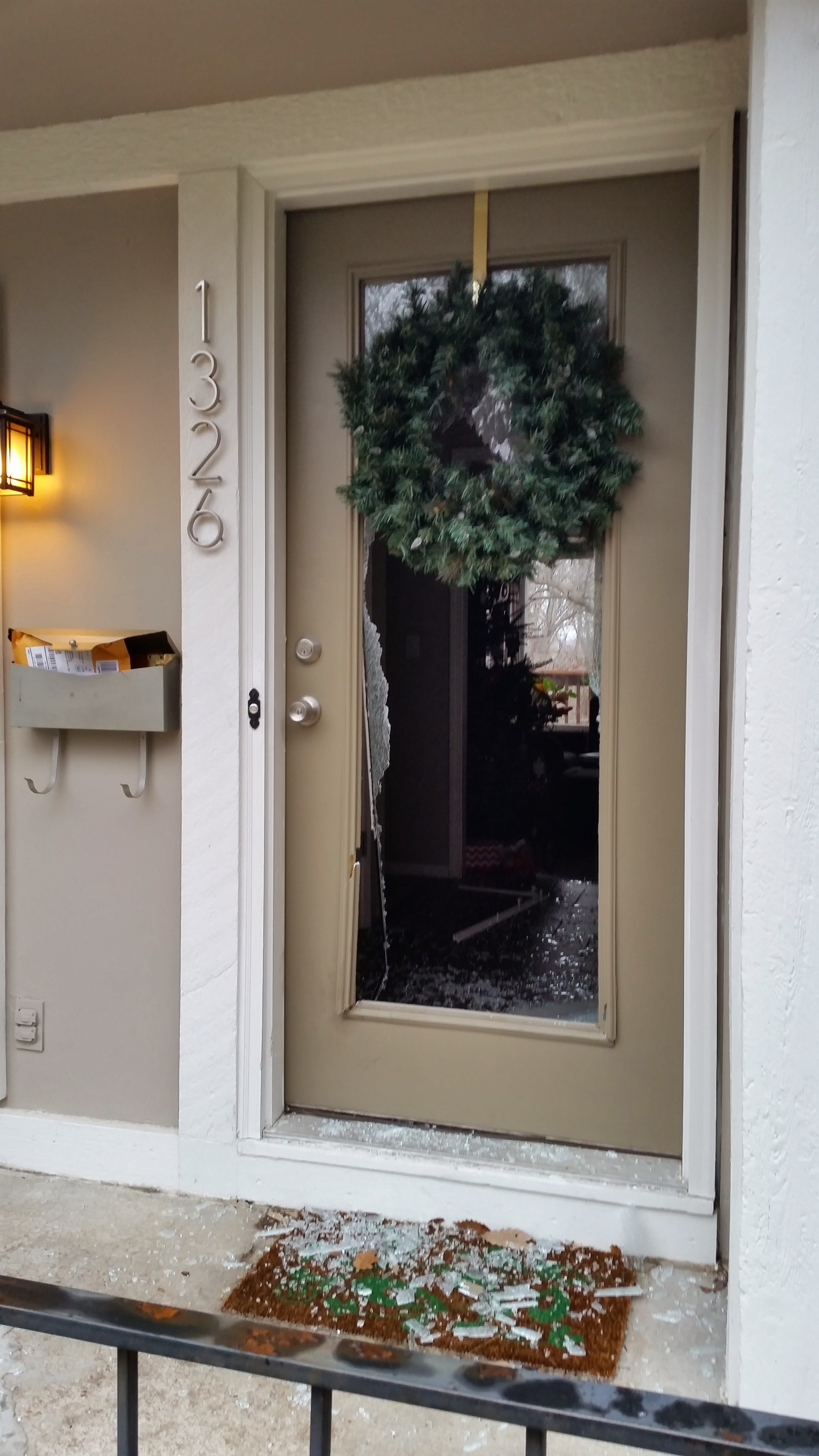 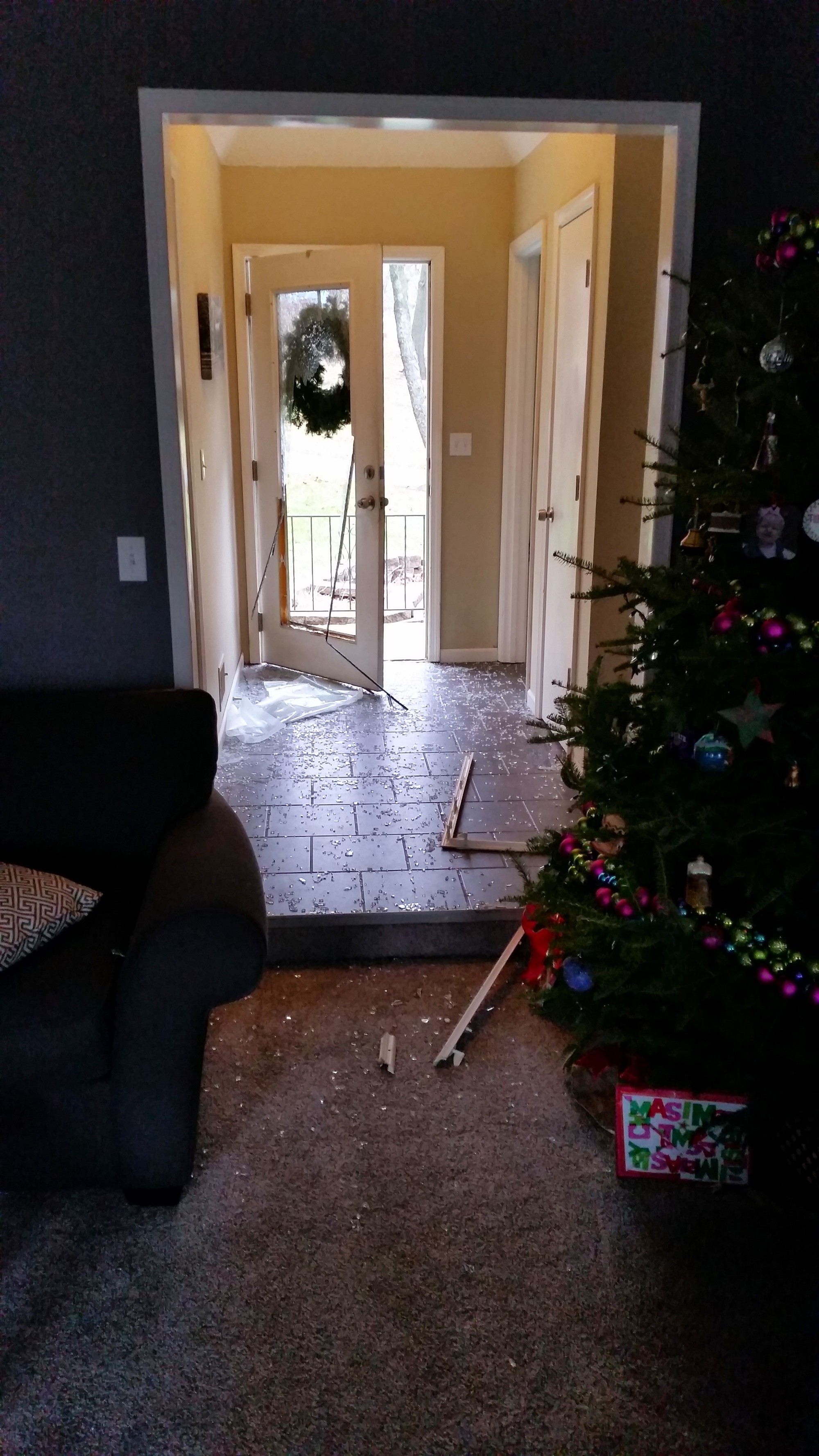