M and I tagged along on a ski trip that our friends B and C were planning in Salt Lake City, UT. M has wanted to ski Utah for a long time as even Utah’s license plate’s claim “Greatest Snow on Earth”. Well, it should include a disclaimer that states “…except for the 2014-2015 season”. Yep, that’s right. We flew across 2.5 states to go ski in shallow, icy “snow”. Between the crappy snow conditions and Utah’s ridiculous drinking laws, our phrase of the trip was “Utah Hates Us”. All negativity aside, we did have a great time with our friends and made the most of the trip!

We flew in to SLC SUPER early and were actually on the slopes by 10:00am the first day. We skiied Alta (no snowboarders allowed) the first day and the snow was actually good in the morning/early afternoon. It quickly turned to ice in the afternoon. C and I decided to call it quits about 1.5 hours early and told the boys we’d meet them at the bar. Well, 1.5 hours later, C and I were still searching for a functioning “bar” and settled on some hidden saloon that only served watered down beers. #utahhatesus 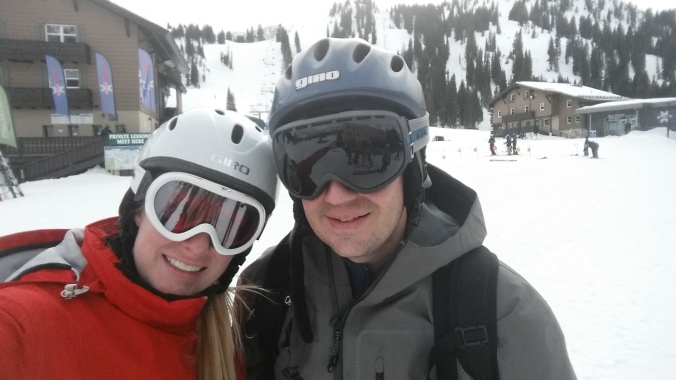 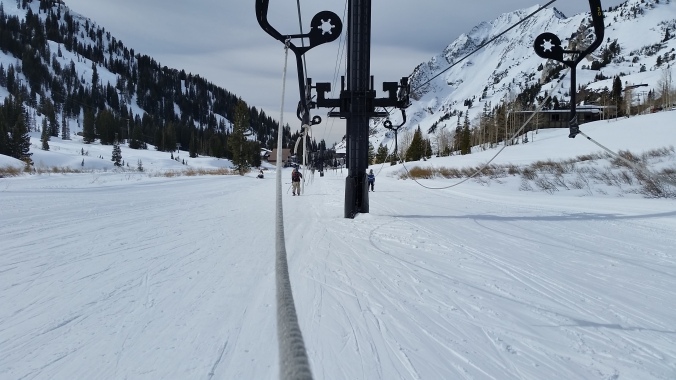 My first experience with the tow rope. It was actually fun.

Day 2 we planned to ski at Park City. The snow conditions were worse and there were patches of grass everywhere. BUT… at least this resort sold booze. 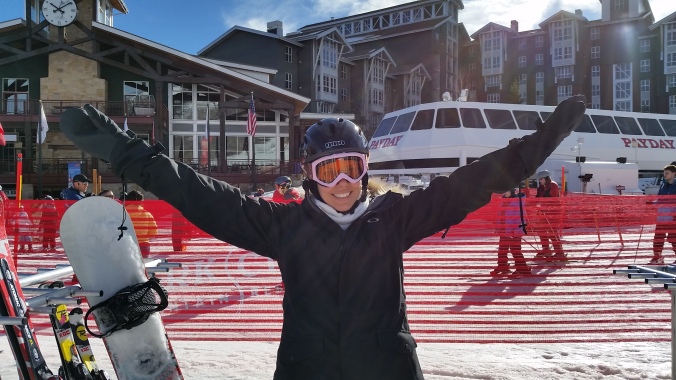 C is ready for an awesome day skiing icy grass. 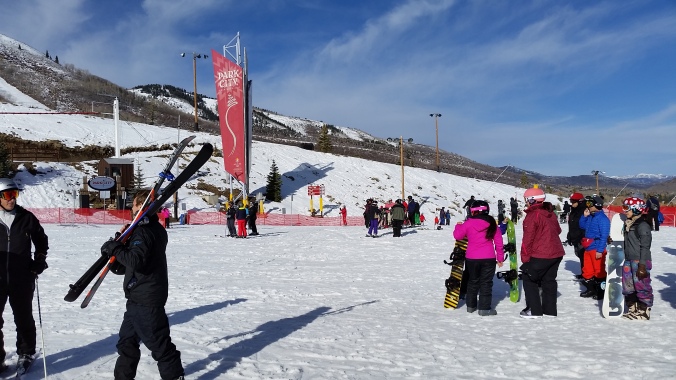 Since the snow was so bad, the Park City employees were urging everyone to head to one particular area where the snow was “good” which resulted in the longest lift lines I’ve ever seen. #utahhatesus 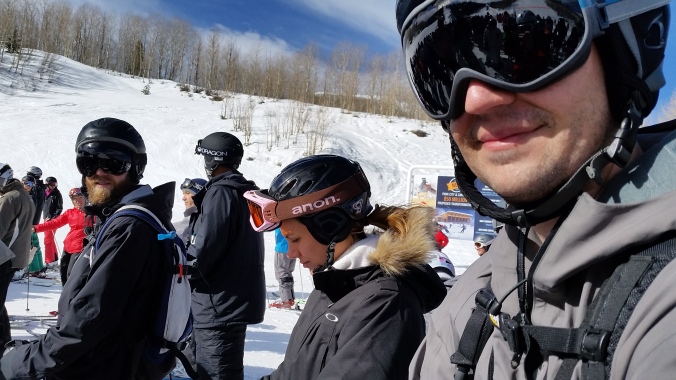 Instead of spending money on a lift ticket on our last day there, we opted to go explore Park City and attempt to find where Utah was hiding all of their alcohol. 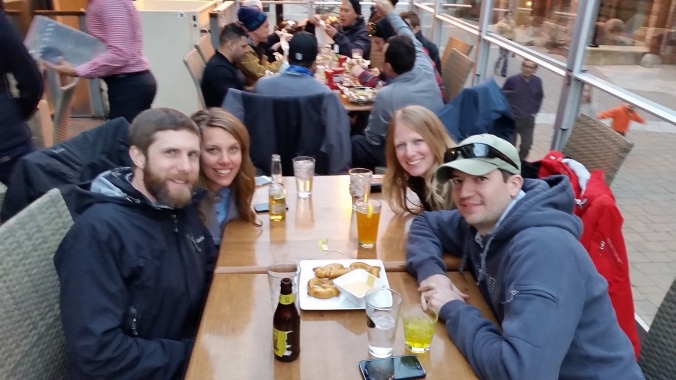 Last group dinner where C and I ordered 2 of the 3 beers that they were out of (out of 60 beers) and B told the waiter he was an undercover cop. #utahhatesus

Our last morning there, we stopped to brunch at a cute little place. I ordered a mimosa and the waitress informed me that “They can’t serve any alcohol until 11 in Utah.” Here is the sticker for that place. Oh, the irony. #utahhatesus