This is a really hard blog post to write, but I want to make sure we have it to look back and remember our sweet dog. On July 24, 2015, we found out that the most loving, loyal member of our family passed away. We took Tanner in for a routine surgery to get a couple tumors removed that Monday before and there were several complications throughout the week and we were devastated that, unfortunately, he didn’t make it.

Tanner had the biggest heart of any dog or human I’d ever known. He could not get enough of the people he loved. If he could have spent every second of his life glued to our side, it still would not have been enough for him. He was a true water dog. He loved, loved, loved jumping in to any body of water that we’d let him. He was a great watch dog. Even though he was friendly to anyone once they walked in the door, he would sure scare the crap out of them as they were approaching. He was great with kids and although he was annoyed with E some of the time, he never showed any aggression to her and would tolerate quite a bit. We joked that he was just like the lab from the book/movie Marley and Me. He could be a terror (scaled a 7 foot privacy fence, broke a window, chewed drywall, chewed carpet), but the fact that he was the sweetest, most playful, happiest, most forgiving, kindest, and most genuine dog made him absolutely perfect in our eyes. He was such an important part of our family and we will miss him more than words can describe.

I don’t know who originally said it, but this quote couldn’t be more true: “I want to be the kind of person my dog thinks I am.” I don’t think M nor I could ever achieve this, but just having known Tanner sure makes me want to try.

M&J got the dogs back in 2007. J immediately picked out Boone, but M took a little longer to find Tanner. When he finally decided on a playful little boy, he told the owners and M&J grabbed the dogs and headed off for the long trek home. A few minutes in to the drive, M decided to double check that he didn’t grab Tanner’s sister that looked and acted just like him by mistake. Turns out he did. They had to turn around and go back to exchange the girl dog for Tanner. I’m so glad they did. I can’t imagine our lives with any other dog.

I could probably post about a million different Tanner stories, but instead I’ll just post a ton of photos.

The boys said that people used to stop them constantly to tell them how cute the puppies were. Tanner is in the purple collar (for K-State) and Boone is in the red collar (for Nebraska).

We had a doggy photo shoot with our friend R (yes we were those dog people), but I’m so glad we did. It’s so great to have these photos of Tanner in his true element.

He never bothered the tree, but he did enjoy lying under it.

The dog loved the snow. 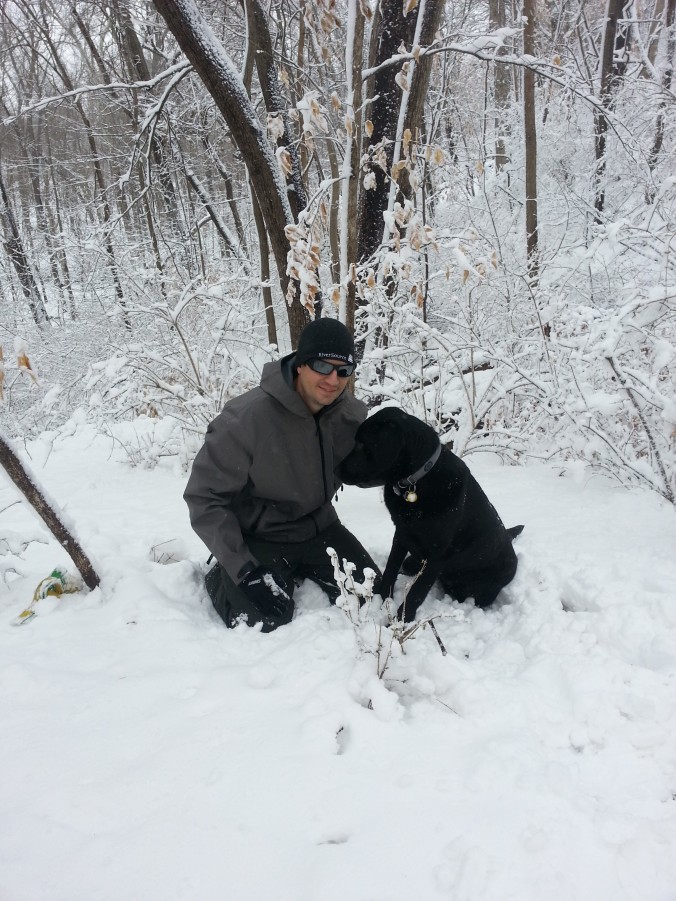 He always loved to lay underneath tables. Even when he was full grown (85 lbs) he still made fitting under the coffee table work somehow.

Always right in the middle of the action.

He was never the best hunting dog, but he sure did look the part.

If you were on the floor, you better be prepared to cuddle with Tanner. 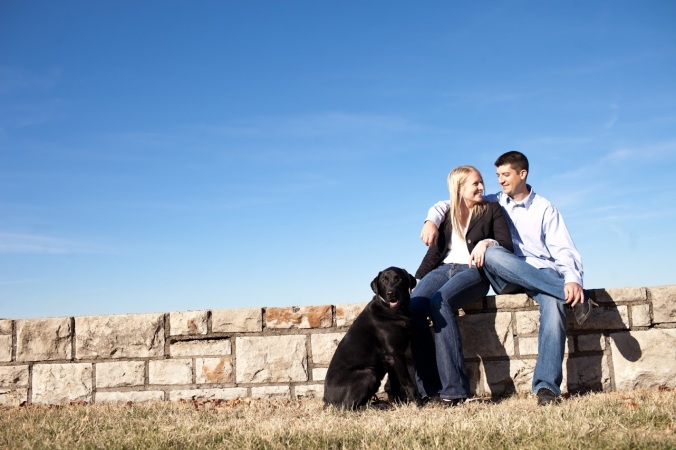 Our wedding favors were even dog-themed in honor of Tanner.

And he made the cake topper.

This was just one of the many weird habits that dog had. Again, if you were on his level, you better be prepared to cuddle or play. Here he just dropped his toy on my back while I stretched. His subtle way of letting me know that he was ready to play. Oh yeah, and he sat on the step like that ALL the time.

This was the day before E was born. I remember Tanner being extra needy that day. He could not get close enough to me. He must have known how much his life was going to change. 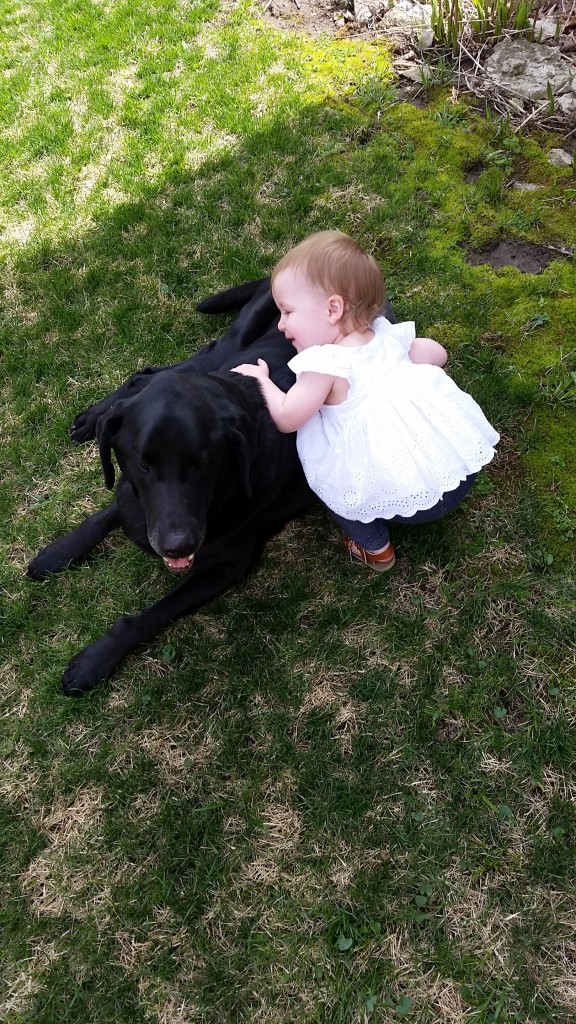 E loved him so much.

Our last photo of Tanner. We really thought he was going to pull through, but something told me to take a photo of him anyways.

We miss you so much, Tanner.