Uncle Greg and Aunt April got married October 29th and we all had a great time! Most surprisingly… both girls actually made it down the aisle!! I mean, M carried Nat so that wasn’t quite as impressive, but E actually walked down the entire aisle herself. After rehearsal, we REALLY didn’t think there was any chance of it, but E basically saw the aisle as her means to get to Nana and Papa and her Frozen sticker book. She, luckily, didn’t really comprehend the fact that 300+ people were staring at her and she just marched right down that aisle to get to the prize. There were no petals thrown, but who cares, I was SO PROUD of her. Here are several pics from the day. 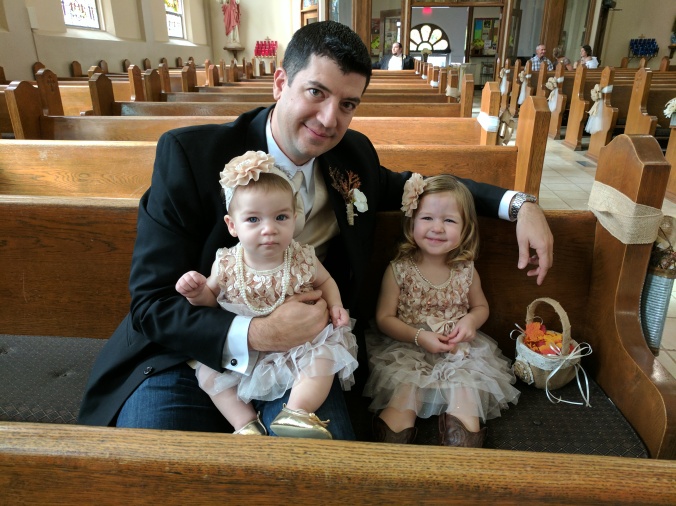 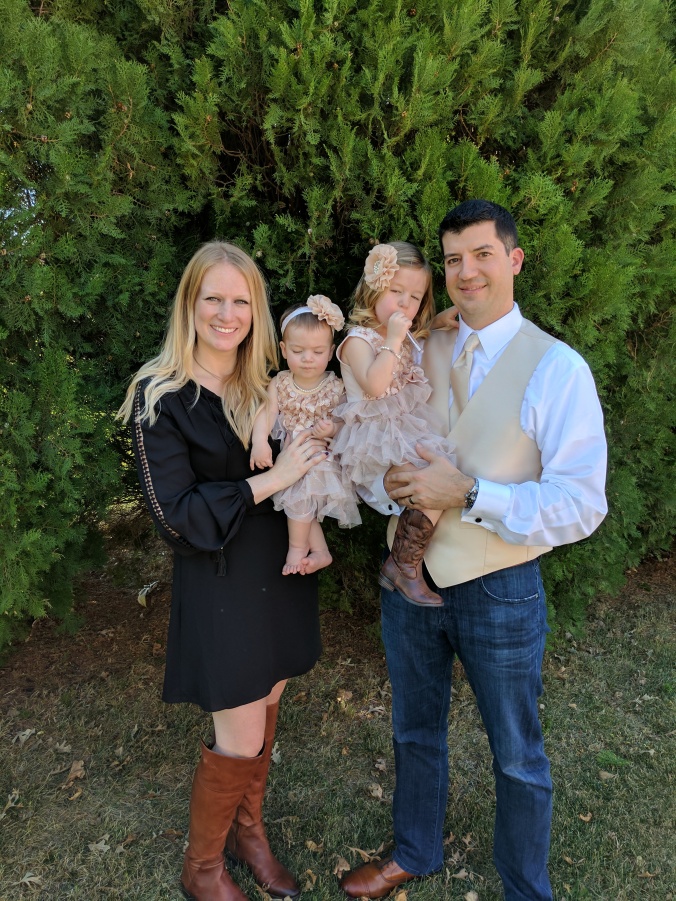 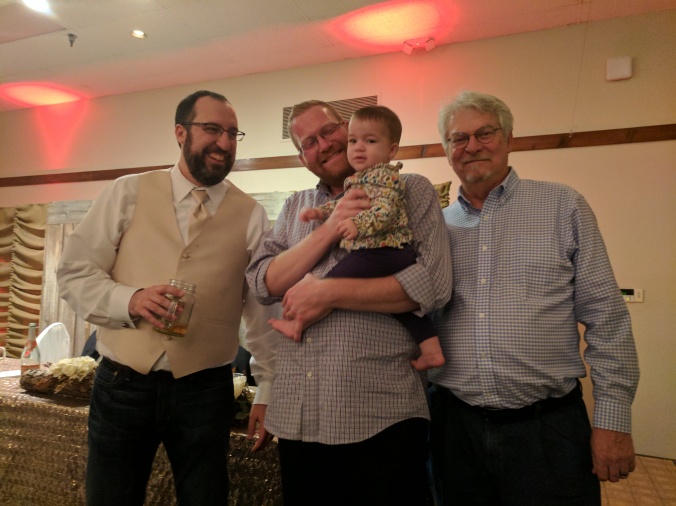 You wouldn’t know it from this pic, but these are three of Nat’s favorite men. She loves a good beard!