Mark and I: “Welp, with everyone sleeping through the night now, we are probably getting TOO MUCH sleep. How can we mess that up??? GET A PUPPY!”

So, that’s what we did. We had been talking about our next dog for about a year-and-a-half. We talked about a lot of different breeds in that time period, but Mark’s front runner was a husky and mine was a lab. I knew I wanted us to adopt a dog from a shelter, so I’d look on Petfinder often for a little guy (we knew we wanted a male) that met our criteria. One day, I see a little husky/lab mix puppy and Mark and I both immediately became smitten. The only downside… he was 5 hours away in Hastings, NE. Just to check it out, I went ahead and called the shelter. They said that he had previously been claimed, but the people that were supposed to pick him up never arrived, so he was still up for grabs. They called our vet for references and immediately called us back and said we could have him if we wanted. It took some coordinating with my parents watching the girls and the puppy getting sick on the day we were originally supposed to go, but on April 23rd, Mark and I took off on our (there and back) 10 hr day trip to Hastings!

What we know about him:

One of his parents is a husky/malamute and the other is a husky/lab. (So, yeah, he’s really only 25% lab, but we were hoping it was a strong 25%.) His Mom’s owners didn’t get her fixed and she accidentally had puppies. The owners were able to give away some puppies in the litter (not sure how many), but Walt and two of his brothers were brought to the shelter, Start Over Rover, in Hastings, NE. Walt is a mix of creme and black, one of his brother’s was all black and the other brother was all white. Walt’s original name was “Fang”, which the shelter made clear to me that the owners gave him that name as they would never give a sweet puppy the name “Fang”. 🙂

All in all, Walt has been a pretty good puppy. He is definitely all puppy and we struggle with chewing and house training, but he is a sweetheart and the girls and him are three peas in a pod!

The first photo we saw of “Fang” online. 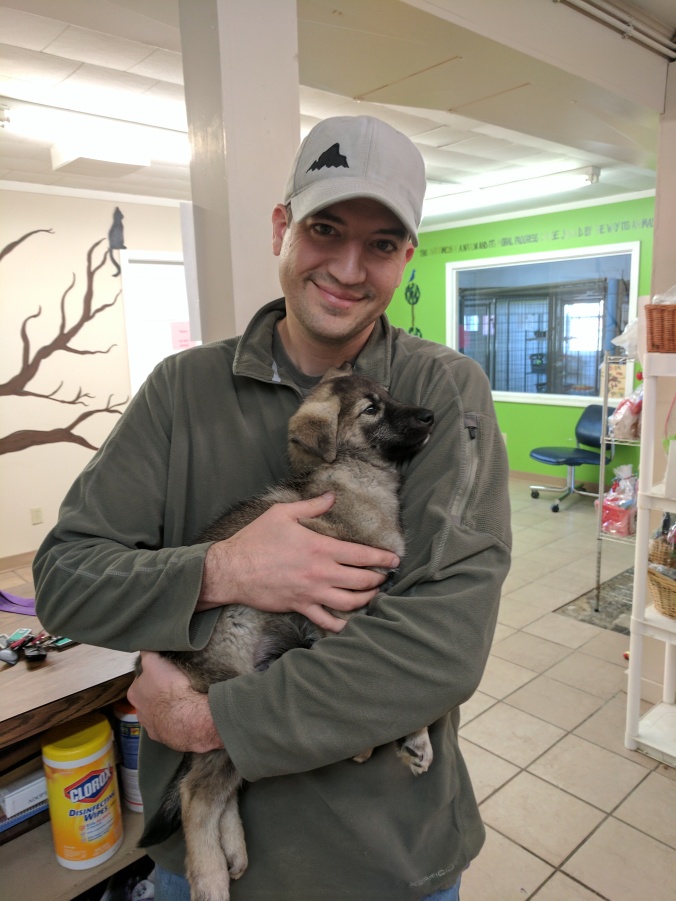 When they first handed him to us. 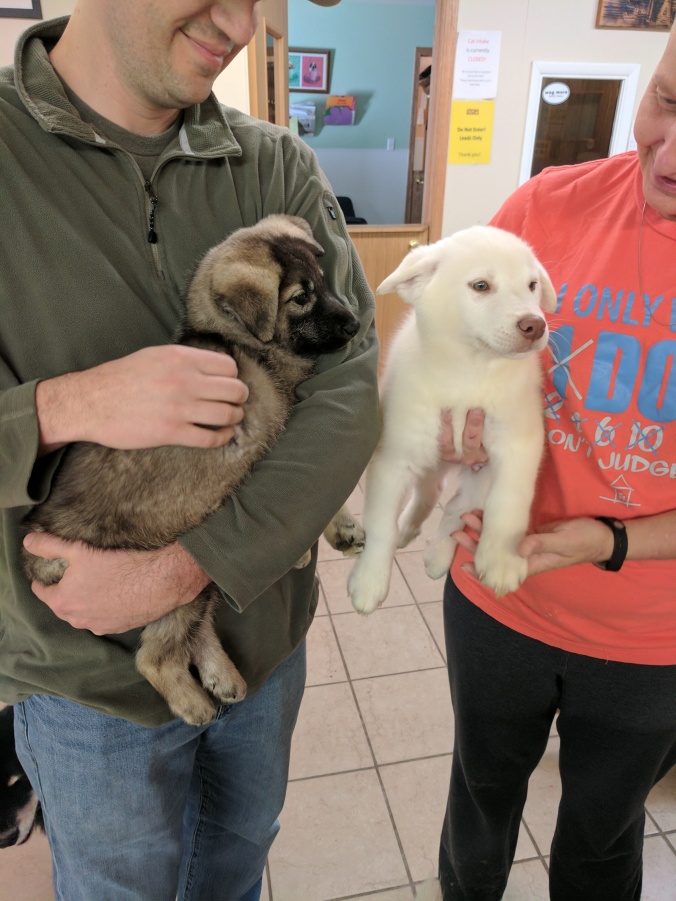 Walt’s brother. You can kind of tell from the photo, but Walt was definitely the runt of the litter. 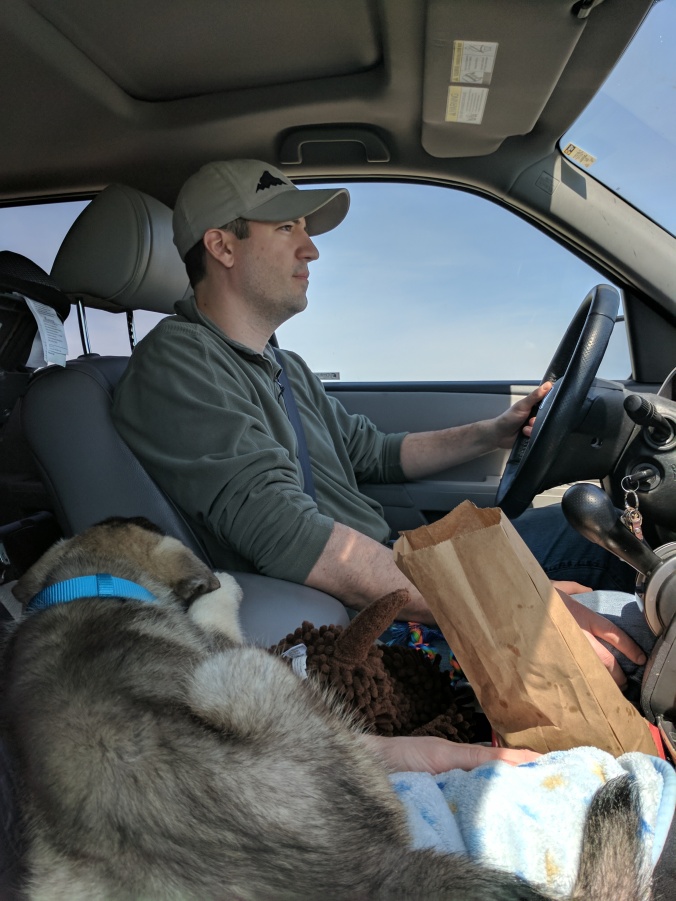 The long ride home from Hastings.